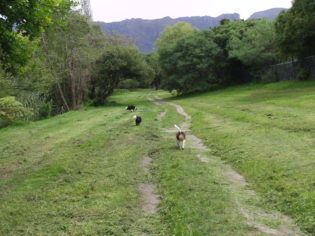 In May 2016 my request for a review of the greenbelts, parks and public open spaces in Ward 62 to identify where dogs will be allowed to run free was supported by Subcouncil 20, and in March this year, the Subcouncil conducted an extensive public participation process regarding specific locations in Ward 62 where dogs may be allowed without leashes.

In terms of the City’s Animal Bylaw 2010 dogs are not allowed to be off a leash in any of the parks and greenbelts unless they are in an area that has been designated by the Council as a free running area. Refer to Section 6(h)(vi) of the Bylaw on Page 8.

The Public Parks Bylaw requires signage to indicate where dogs must be on a leash, where dogs may run free and where dogs are prohibited. Refer to Section 17 of the Bylaw on Page 6.

Using criteria developed by the City’s Recreation and Parks department, a workshop was held to consider all the comments received from members of the public and specify the reasons in each of the identified twenty locations for dogs to be on a leash, off a leash, or prohibited.

At the Subcouncil 20 meeting held on 18 October 2017, councillors supported the request for dogs to be allowed to roam free without a leash in designated greenbelts in Constantia. 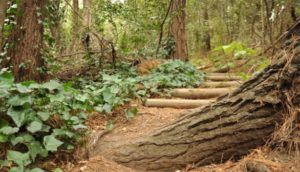 Ten greenbelts were identified where dogs may run free.

A summary of comments received from the public, the criteria used to determine where dogs may run free, and the recommendation for each location meeting the Parks department’s criteria are annexures to the report that was on the Subcouncil meeting agenda. Refer to the attached Quick Reference or click here to view the report.

The City’s Parks department will erect appropriate signage in parks, public open spaces and greenbelts in Ward 62 to enforce the recommendations.

Dogs are allowed off a leash, under the control of the person walking a dog, in the following greenbelts; Bel Ombre Meadow (except in the nesting owl season and in the area of the cycle trail), Boschenheuval Arboretum, Diep River trail (except in the area between Bel Ombre Ave and Southern Cross Drive which is a high use area for cyclists), Grootboskloof trail, Keysers River trail, Pagasvlei trail, Sillery trail, Silverhurst trail, Spaanschemat trail, and Wolwekloof trail.

Dogs must be on a leash and under the control of the responsible person walking the dog in the following locations; Alphen Common, Alphen trail, Constantia Cemetery, De Hel heritage and biodiversity site, Doordrift trail, Klaasenbosch trail, Liesbeek River trail and Upper Liesbeek River Garden, Maynardville Park, Wynberg Park and all community parks. Reasons include conflict with other users including the vulnerable, and damage caused by dogs to the sensitive natural environment in heavily used areas.

Dogs are not allowed in the fenced area of the Parish Park because of conflict with other users, particularly children using the play equipment.

The designated greenbelts provide opportunities for walkers to use ten greenbelts in Ward 62 with their dogs running free.

This post is sponsored by Chas Everitt Cape Town South